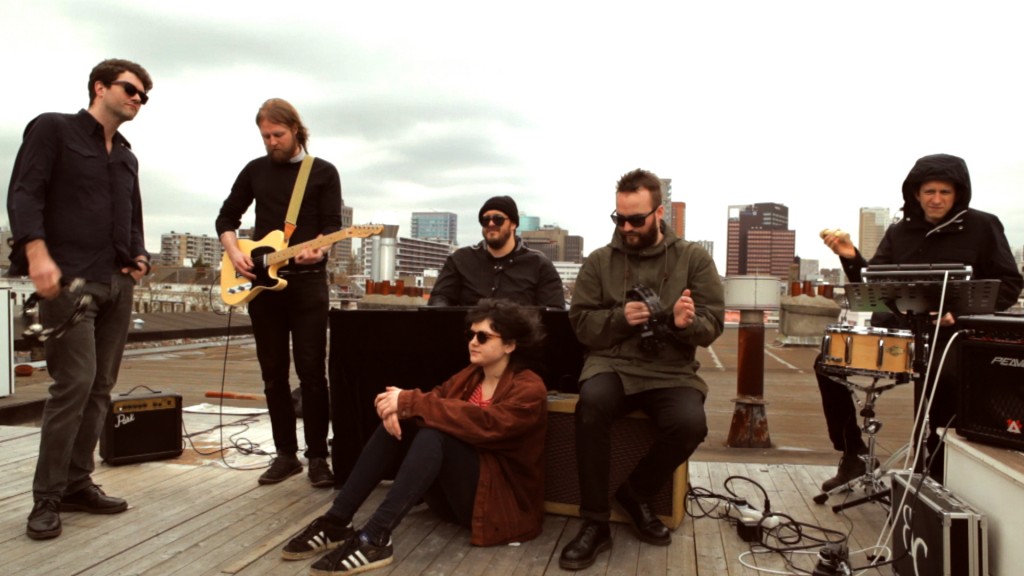 We met up with BC Camplight (the moniker of songwriter and multi-instrumentalist Brian Christinzio) during Motel Mozaique. In between rain showers, the band played an intimate and dreamy version of ‘Just Because I Love You’, from their latest album “How To Die in the North”out on Bella Union. The record has been described as a stylistically diverse trip through sunny sixties-pop, psychedelic show-stoppers, surf-pop and a hint of soul.

For more of that wonderful music www.bccamplightmusic.com

We met up with BC Camplight in the backstage of Rotown, right before their gig, for Rotterdam festival Motel Mozaique. Brian Christinzio and the gang talked to us about how they got together, the recording of their latest album, “How to Die in the North” and the perks of recording a session in the pouring rain.

The Nieuwe Binnenweg (built between 1880 and 1940 ) is the main road connecting the Rotterdam city centre to the borrow of Delsfhaven and the rest of the neighbourhoods now comprising west Rotterdam. Our particular rooftop is situated in the beginning of the street, overlooking the erasmus bridge on the far south as well as many of the new contemporary buildings of the commercial shopping centre.