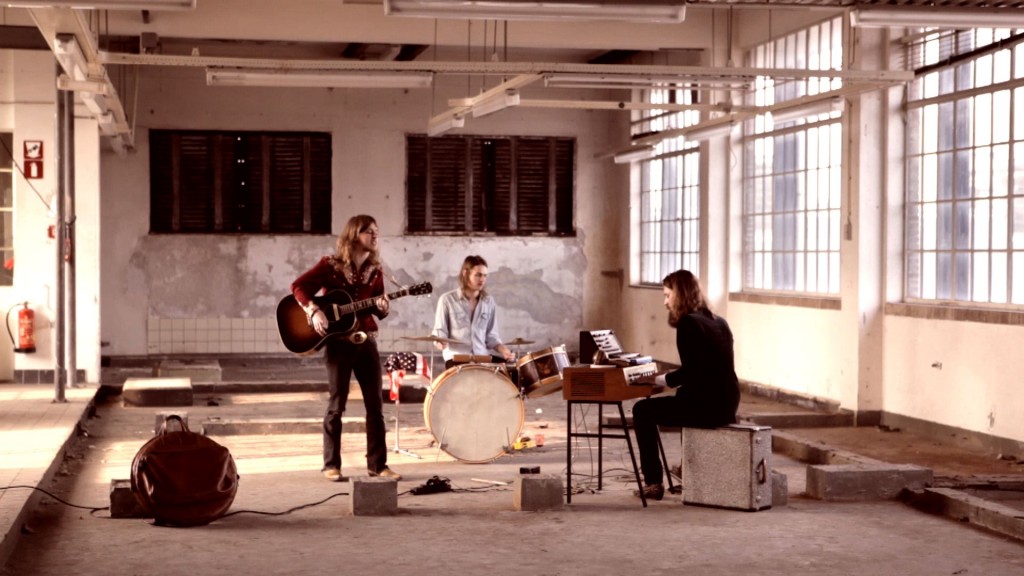 Psychedelic blues-rock trio DeWolff make 70’s infused energetic tunes since 2008. In the seven years they’ve been together brothers Pablo (guitar) and Luka (drums) van de Poel joined by Robin Piso (organ) have made 4 studio L.P’s , one E.P and just announced the release of their first ever live album entitled “Live and Outta Sight” out on their own label Electrosaurus records. The band met us at the top floor of the old Post Office on the Coolsingel. For their musical session with Re:VERSION, DeWolff rearranged songs Ride With You and Stand Up Tall (seen on the interview section of this post).

For more of that wonderful music www.dewolff.nu

The building of the new (then) head post office signalled (along with the beurs building) the big reconstruction of the Coolsingel towards a contemporary city avenue. The new head post office was three times bigger than its predecessor and was built under a design by G. C. Bremer between 1915-1923, a period which lasted longer than expected due to the material shortage caused by the first world war. It is a prime example of German neo-classicism and was deliberately placed 10 meters behind the avenue border in order to give emphasis to the city’s town hall which is built right next to to its left side.