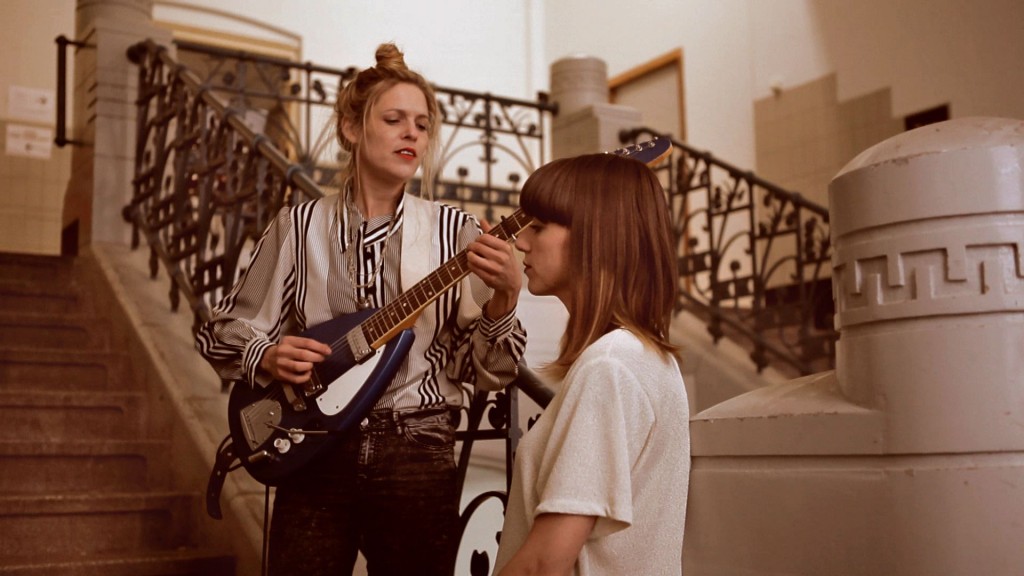 Sue the Night is the alternative pop formation based around singer/songwriter Suus de Groot. The six-piece hailing from Haarlem, joined us in its simpler two-piece form and gave us a stripped down rendition of “Look Forward” a song included in their newly released debut album “Mosaic”. The setting was provided by an imposing staircase in a historical school building in the ‘s Gravendijkwal which provided a unique acoustic result due to its impressive reverb.

For more of that wonderful music – www.suethenight.nl

Sue the Night, in reduced form, joined us for a semi-acoustic session and talked to us about their creative process, as well their latest album, mosaic and its unexpected success.

The Hogere Burgerschool or HBS (Dutch: Higher Civic School) was a secondary school type in the Netherlands and the colonies existing between 1863 and 1974. This specific brunch situated on the ‘s Gravendijkwal was the first HBS founded in Rotterdam and was built in 1865. It specialised in Mathematics, exact sciences and modern languages. It’s most well known alumni was Jacobus Henricus van ‘t Hoff, Jr.  a Dutch physical and organic chemist who won first Nobel Price in chemistry in 1901. A statue of van ‘t Hoff is situated in the front courtyard of the building in his honour.